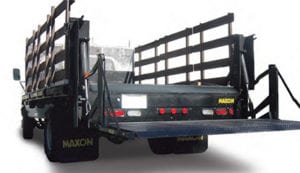 There are thousands of trucks each year sold in the light duty market.  Many of the trucks used in commercial applications have liftgates installed on the back.  Pick-up style are naturally lighter and smaller than their heavy-duty counterparts, but they are still strong enough for light duty truck use.  They can also be installed on service utility bodies, which is very popular in municipalities.  Anjer represents several manufacturers for this product including Maxon, Waltco, Anthony, Palfinger, Dhollandia, Thieman, TommyGate and Leyman.  Some of the areas we service include Bucks, Montgomery, Chester, Philadelphia, Mercer, Lehigh, Northampton, Delaware, Ocean, Atlantic, Cumberland, Camden, Burlington, Salem, Cape May, Gloucester, Monmouth, Kent and Sussex Counties.

There are two types of pick-up style liftgates; cable and hydraulic.  The cable style pickup gate use steel cables combined with a hydraulic pump and motor.  The hydraulic style uses dual hydraulic cylinders to apply direct power to both sides of the platform.  Both styles offer convenience and versatility along with efficiency.  Most pickup liftgate capacities range from 1000lb to 1600lb.  They can be built with either steel or aluminum platforms.  There is very little weight difference between the two platform sizes, but the aluminum platforms will last longer under harsh weather conditions.

Safety is very important to liftgate manufacturers.  Most companies import some sort of safety function into the liftgate as standard.  For example, some pickup styles have a safety trip bar which will shut it off if a body part is going to get pinched.  There are also fixed and timed liftgate switches which prevents unauthorized use of the switch and deactivation after 90 seconds of discontinued use.  A cab cut-off switch will also need to be activated in the cab to operate the liftgate and there are circuit breakers which protects the vehicles electrical system.

There are also light duty liftgates for the cargo van market as well.  Some of these are stored inside the vehicle while others are stored outside the van.  These transit type vans are an ever-growing part of the market and Anjer has the proper liftgate for any application.  Anjer can assist whether the customer is in Bucks, Montgomery, Chester, Philadelphia, Mercer, Lehigh, Northampton, Delaware, Ocean, Atlantic, Cumberland, Camden, Burlington, Salem, Cape May, Gloucester, Monmouth, Kent and Sussex Counties.  All the top manufacturer’s including Maxon, Waltco, Anthony, Palfinger, Dhollandia, Thieman, TommyGateand  Leyman use Anjer as a distributor. 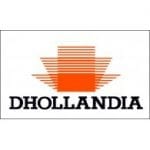